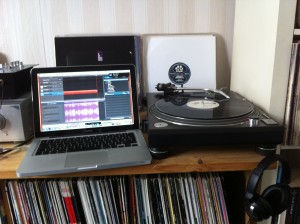 A moody excursion this week for WhatYouWant Radio, as we delve into some downtempto gems and some winding soundtracks. Plenty of new stuff for your ears to feast on as the leaves start falling and we all start thinking about log fires and things like that.

Getting the funk out the doors early this week with a classic from Parliament to get you in the mood, followed by a sweet re-edit of Marvin Gaye’s Funky Space Reincarnation from the Deadly Sins edit crew. Difficult to top that but a new track by the talented Matthew Kyle certainly tries, ‘Make This Journey’ is a keeper, been playing it a lot..

After the funk, the chill. Or something like that. Downtempo for a section, with something from the Thundercat album (do you like your bass players spacey? if so, Thundercat is for you), a free Soundcloud download from Quadron in Denmark, and another free download courtesy of Holy Other, who remix WYWR favourite How to Dress Well’s lovely track ‘Suicide Dream 2’. That’s eagerly followed by more new Danish stuff, this time courtesy of Quadron producer Robin Hannibal who has a new EP out called Bobby on Plug Research. Track I’ve chosen is called ‘Amends’. The last track in the relaxed section is from Tropics, who has a new album out right now which provides serious relaxant. I’ve chosen ‘Telassar’, but there’s other nice stuff on there too, particularly if you’re a fan of Washed Out.

Big Shout Out to Alexander O’Neal. The new Toro Y Moi EP has a cover of the Cherelle track ‘Saturday Love’ and that made me go digging to find the original. 1985! Shiny suits all round!

Newness from Beirut (‘The Peacock’) and Cymbals Eat Guitars (‘Another Tunguska’) comes next, both lovely tracks I’ve been caning, and then a really nice and odd remix of the Smith Westerns by Peaking Lights. Smith Westerns will definitely be in the best of year list, oh yes..

Then we soundtrack. Clint Mansell used to be in Pop Will Eat Itself and my how he’s grown. Responsible for the monster Requiem for Dream soundtrack that absolutely all of you will have heard at some point, I really liked his work on the soundtrack for the Duncan Jones movie ‘Moon’ (if you’ve seen Source Code you gotta see Moon, and vice versa) so I’ve chucked on the main track from that. It’s really just a prelude for massive wonder from The Cinematic Orchestra, one of my favourite bands, and a soundtrack piece available from Ninjatune called ‘Manhatta’. Comes with its own film too, natch.

After that – beats and house and techno. Three tracks off a new compilation of Hamburg music called Hamburg Elektronisch Volume 1, starting with DJ Phono. Rick Wilhite aka The Godson follows, then a massive tune from the excellent new album by The Field, then more Hamburg back to back from Christopher RAu and the always excellent Tensnake. A hit I slept on from Combo on Endless Flight records, then new brilliance form George Fitzgerald. Finally – 6th Borough Project give us ‘Back to Me’ from a brilliant album called ‘One Night in the Borough’, and we close out with Toro Y Moi and ‘Sweet’. Sweet. That’s your lot and we’re already looking forward to the next one…