VS presents Soundtracks and other Expletives – Meister Bock

Australian disco took the world by storm, it polished the dance floor boards of clubs as far as Ermington, Dundas, Rydalmere and Parramatta. You think I am joking? Bee Gees anyone? This bracket we have two tracks from the Queen of Pop, Marcia Hines from 1976 and 1977. Australian disco people. It is a thing. Then we have JPY, the king of pop and his German smash hit from 1976, Standing in the Rain. Written by Vanda and Young of the Easybeats and Flash and the Pan, this song is, like I said. Australian DISCO. andavagoodweekend.

Fausto is a lounge legend and often entirely unheralded outside of some obscure sampling and breaks. This brilliant cover comes from 17A Raccolta LP released in 1973. The sax replaces the McCartney lead vocal with an cool fuzz guitar and a whacked out lead break at the end. Genius. James Last up next starting what amounts to a VS.SAOE tribute set. One of the worlds greatest bandleaders, James Last died at age 86 in 2015. Here he is covering the Hawkweed classic ‘Silver Machine’ which was of course sung by the late Lemmy of Motorhead, OK, lets top that shall we? Not one, but two cover versions of ‘Ace of Spades’ the Moorhead classic that has had a hammering since the passing of Lemmy. First up is She Goes Bang, this dark and intense cover cracks a whip over the song revealing less speed and more metal. Next up we have the Bad Shepherds, a band fronted by Young One Ade Edmondson.

Bowie. Not much to add the reams of discourse. So I simply present these three tracks. Star by Techno Cowboy comes from the The Ziggy Stardust Omnichord Album released in 2009. Next, derpferdheissthorst which roughly translates as ‘A horse called Horst’. A german cowpony band, this is a weird cover of Ziggy Stardust. Then there was Streisand. Really, I actually went there.

And now. Satan. The Louvin Brothers. A ‘country-gospel’ duo who recorded din the fifties before they split because of the other demon, drink. This comes from their 1958 record ‘The Family that Prays’. Not as Satan heavy as their legendary ‘Satan is Real’ LP, but still HEAVY. Next up, Trio. A forgotten classic from Emmylou Harris, Dolly Parton and Linda Ronstadt. This track was written by Linda Thompson as a damning indictment of her relationship with Richard Thompson. I simply love this version (the original is a on a hard to find 1985 solo LP ‘One Clear Moment’). It shows the sheer power that is Linda Rondstadt’s voice. The final chorus has such majesty and investment in the lyrics. Finally, we have the one of the darkest albums ever released, the final Richard and Linda Thompson LP ‘Shoot out the lights’ and the title track. This is one of Richard Thompson’s greatest works and in part shows a marriage in collapse (their marriage was over as this record was released in 1982).

Last up we head to Germany for some Krautrock to take us home. First up from the Neu! LP (1972) we have the motorik beat driven Hallogallo. Playing on the german slang for wild partying, this song is driven by a repetitive 4/4 beat that every one called motorik, but that band called a bunch of other terms meaning repetitive (see Wikipedia for the list). This is a great introduction to the Krautrock canon and features some of the legends of the scene in Klaus Dinger and Michael Rother and produced by Conny Plank. Last track of the day bar the secret bonus one (did I say secret?) is Guru Guru, another Krautrock band fronted by drummer Mani Neumeier.

This month’s show is brought to you by the dulcet tones and toned abs of the heart and soul of the crew, DJ SCSI-b…over to you..

An hour of power to ferry you from wherever you are to wherever you’re spending the holidays and New Year this end of 2015.

We start out with Carla Morrison, a huge leap forward on her new album, fierce Amor Supremo. Get it, you won’t regret it. Then, dance supremo from Colombia’s Bomba Estéreo before awesome punky/electronic angular stuff out of DC from Beauty Pill. We woke up to Sleater-Kinney soundchecking A New Wave outside our window in Barcelona, what better way to start the day? Great albums from Father John Misty, Wilco, Sufjan Stevens and more this year. Frontera stylings from Calexico, before a little something for family members heading home to the suburbs for the new year and wrapping up with exceptional stuff from Grimes.

Until the next one!

New stuff galore this time out with a hefty side order of old and obscure. There’s a real ton of great tunes out there at the moment, plenty of which didn’t make it into this show – am hoping to get another show in before the best of 2013 which this year should be quite a strong one…

Kicking off with the mighty team-up of the Kronos Quartet and TV on the Radio – their cover of Fela’s Sorrow Tears and Blood is just fantastic. Comes from the tribute compilation Red Hot and Fela which has other great tracks too. Following that with Donovan (!) and then something off the great new Jonathan Wilson LP – this one’s Fazon and the whole record is well worth getting if you like the guitar/west coast combo. Or if you like Steely Dan.

Rae and Christian have returned after a long time away with a new album ‘Mercury Rising’ and here you’ve got what I think is the best track – ‘1975’. Also back is The Field with a new album which does exactly what you want from a new album by the Field. I would recommend listening to it while travelling – perhaps sitting in a window seat on a train would be best.

Soul 223 give us some nice beats for our ears, then we take a journey through a history of a sample – the killer break from 24 Carat Black’s 1973 track ‘Ghetto: Misfortune’s Wealth’ which has just popped up again on the nice new EP by the Blaxploited Orchestra. In between the old and the new I’ve sandwiched the mighty Young Disciples’ use of the break in their 1992 track ‘Step Right On (Dub)’. If you don’t own the Young Disciples only album ‘Road to Freedom’ then I believe you should leave your house this instant and find a copy.

Quieter next with something ‘Bizarre’ from Perera Elsewhere, and then the brilliant Matthew E.White returns with a new EP called Outer Face. Kwes wraps up this section with a track off his debut album – called ‘ B_shf_l’.

Second half of the show takes it up a little – crazy French cosmic disco from the 70s by Universal Energy, two new ones on 100% Silk, one by Policy and the other by Les Level. That track follows one for Stu Flower – William S which is taken from the mammoth 50 track strong compilation of Acid House by Terry Farley which came out recently on Demon. God that is worth getting, and WYWRadio has been remiss for not playing you more tracks off it. Go get (remember, the links to buy all of these tunes are on the website).

Dotted around in between these tracks you’ve got beats and business from Maribou State and the garage-y Art of Tones, plus Space Ranger and something off the new Cut Copy album which must have been recorded in 1991 surely? 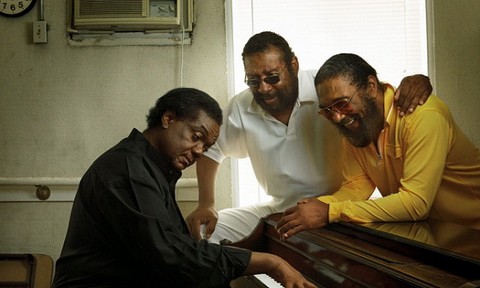 Behold, a selection of some of my favourite things produced, arranged or in some way dreamed up or touched by the ears and fingers of Detroit songwriting gods Holland, Dozier and Holland. It’s mostly a shit load of releases from the Invictus label they started after running away from Berry Gordy in 1967, hence their use of a number of strange disguise monikers including Edythe Wayne to allow them to keep putting out incredible music whilst being sued to fk by Motown. Impossible to tell how much of the genius of this stuff is direct from HD&H’s imaginations or was basically down to their handy knack of surrounding themselves with supreme musicians like the Funk Brothers & Mckinley Jackson but you can get a good idea of the general madness of it all in this documentary http://www.youtube.com/playlist?list=PL89DE56EFFC5A5EE5:

Sofas to the side then for an hour of swaying, funk-gurning and whispers in your partners ear along the lines of ‘I’ve been a lady all my life but right now I want to be a woman tonight’

Big big up to ma dudes Six and Gussy for turning me on to a load of these tracks over the years. If you fancy some diggin there are a ton of Invictus and Hot Wax 7″ inches out there as they had massive backing at the time, plus there are some good ‘Invictus hits’ albums on Itunes or Amazon whichever is your go to purveyor of digital. 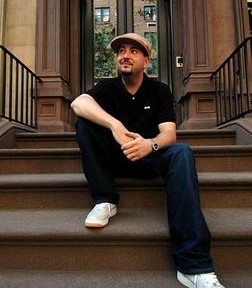 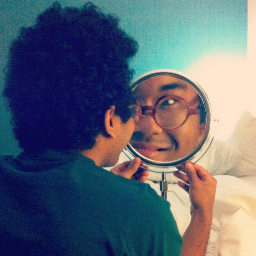 Mighty wonkpop. Can’t wait to get my mitts on it.